The Taking of Ramadi: Behind ISIS's Bloody Assault 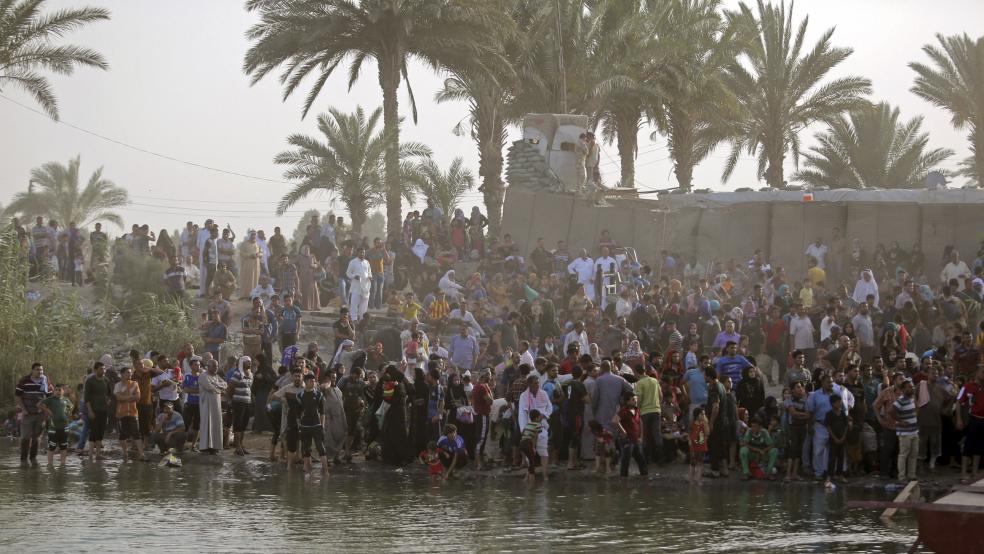 Almost a year after the fall of Mosul, Iraq's second largest city, ISIS has captured Ramadi, the capital of Iraq’s largest province, Anbar, where 1,300 American soldiers and Marines died during the Iraq War. ISIS now controls the two major cities in the province, Ramadi and Fallujah, as well as 90 percent of the rest of the province.

The fall of Ramadi is the latest turn in a continuous battle that has lasted a year and a half. The loss of the city came in much the same way it had in Mosul: After a few days of heavy attacks by ISIS involving suicide armored car bombs and artillery shelling, the Iraqi government forces collapsed and fled their posts, abandoning their weapons and their vehicles. But unlike the fall of Mosul, the collapse in Ramadi occurred despite U.S.-led air bombing in the area, and after warnings months ago that the city could be taken.

The loss in Ramadi highlights the degree to which ISIS has been underestimated, and the Iraqi security forces have been overestimated to win the fight on the ground while the U.S. provides support from the air. This defeat also sets up a dramatic conflict for Prime Minister Haider al-Abadi: He could forfeit Anbar Province to ISIS or allow Shiite militias to win the day. But that comes with a big price: sectarian conflict between Sunnis and Shias.

Related: Why America’s War with ISIS Will Take Years​​​

It’s clear, though, that Iraqi forces are still not up to the challenge of defeating ISIS on their own. Iraqi forces were defeated on Friday after dozens of ISIS fighters crossed the Euphrates from the north, using boats to attack a hostile local tribe. Then a dozen bulldozers used as armored car bombs attacked from the east, enabling ISIS to take over the police headquarters and the governor's office in the city center. The Army and the Special Forces collapsed on Sunday after at least seven more armored car bombs hit their headquarters in the western edge of the city, clearing the way for ISIS to take full control of the city.

The major general commanding the army in Ramadi and the commanders of the area police and the special forces all fled the battlefield in the city, leaving their men, arms and vehicles in a disorganized withdrawal similar to that of Mosul 2014. Two videos posted online allegedly show dozens of policemen fleeing a building wearing civilian clothes and a long caravan of military vehicles—mostly American--driving away as well.

The toll of the loss in Ramadi was devastating: In just a few days, 500 people and soldiers were killed, including many who were executed by ISIS. A massive amount of arms and munitions was lost to ISIS. Some 25,000 people fled the city.

The battle may have been won in a matter of days, but ISIS’s victory was the result of a long-term strategy. ISIS pushed its way to Ramadi after several attempts and after carefully measured maneuvers. It took control of part of the city in January 2014, and attacked there relentlessly ever since.

In October 2014, it captured the town of Hit to the west of Ramadi. As a result, the Iraqi army units in Ramadi withdrew to their base, leaving the task of protecting the city to the police and local tribes. In December 2014, ISIS attacked the town of al-Baghdadi, near the site of a main Iraqi airbase, al-Asad. “ISIS likely attacked near al-Asad to fix [Iraqi security forces] forces there. They would have been the primary source of reinforcements to Ramadi, illustrating ISIS’s operational design,” said a report by the Institute for the Study of War (ISW). 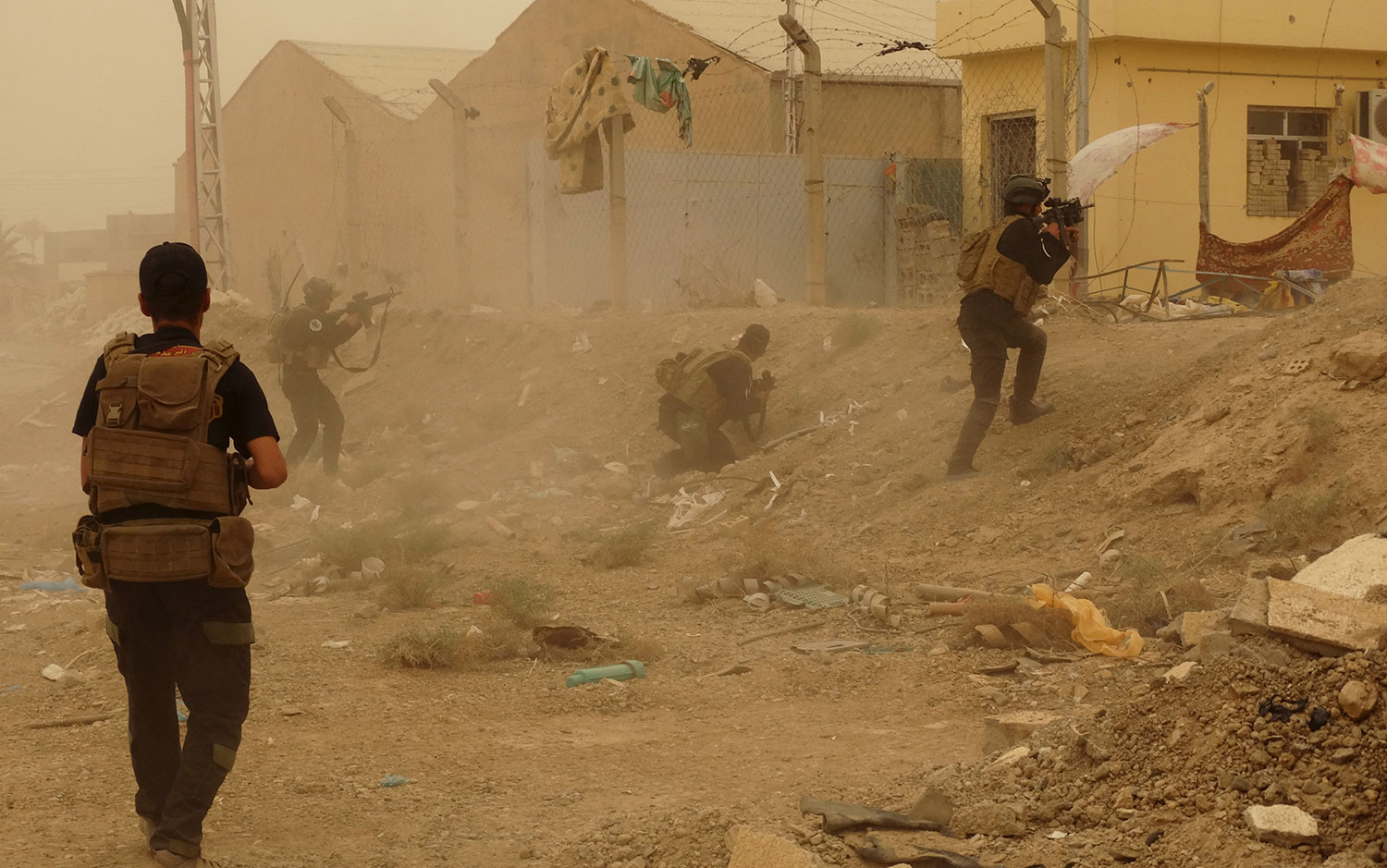 ISIS advanced from controlling the western part of the city in December 2014 to the city center in April and May of this year, cutting the supply line between the two most important spots in Ramadi: the governor's office and the army headquarters. “ISIS began the attack by seizing neighborhoods between the two facilities,” the ISW report explained.

Finally, ISIS intensified its attacks on many fronts in May 2015 to distract and disperse the Iraqi government forces. Baghdad and several other cities and towns to the north and west were attacked with car bombs and foot soldiers. However, the main targets were the Baiji refinery on the main road to Mosul and Ramadi. “ISIS's strategy to consolidate its control of terrain, part of its defense, includes deliberate efforts not only to prevent the ISF [Iraqi security forces] from massing on one front, but also to divert them in different directions to allow ISIS to make advances even while under fire,” the ISW report said.

In capturing Ramadi, ISIS was also able to take advantage of a series of political crises that created an atmosphere of distrust among Iraqis and decreased confidence in the ranks of the security forces. For example, the successful assault on the city coincided with a Shiite ritual of millions of people marching by foot to a holy site in Baghdad. The government allocated tens of thousands of soldiers to protect the marchers. Nevertheless, a group of marchers was able to sabotage several properties and belongings of Sunnis in Baghdad. The incident was contained, but it created bitterness among Sunnis.

More significant was a provision in the House Republicans’ defense authorization bill for next year that attracted little notice here but created a larger controversy in Iraq. It proposed arming the Sunni tribes and the Kurdish Peshmerga as independent entities. The U.S. denied any policy change, but the idea stoked conspiracy theories in Iraq over who created ISIS and who is benefiting from it to divide Iraq. Many Shiites believe ISIS is supported by the U.S., while many Sunnis believe ISIS is supported by Iran. Neither allegation is supported by evidence, but both are dangerously destructive to the morale of anti-ISIS troops. The budget provision prompted many Iraqis to start talking as if the end of their country as a unified entity was imminent.

A string of Iraqi missteps and controversies further heightened tensions between Sunnis and Shiites and undermined confidence in the government and its ministers. Questionable claims about the neutralizing of ISIS leadership and other enemies haven’t helped. While the Iraqis announced the critical injuring of ISIS leader Abu Bakr al-Baghdadi and then the killing of his successor, Abu Alaa al-Afri, the Pentagon refused to confirm these claims. Audio of a Baghdadi speech that surfaced a few days before the fall of Ramadi reaffirmed his control of the terror group. Iraq had also announced the killing of Saddam Hussein's second in command and the current leader of the Baath party, the fugitive Izzat al-Douri, who also gave a speech prior to the fall of Ramadi to deny that claim. 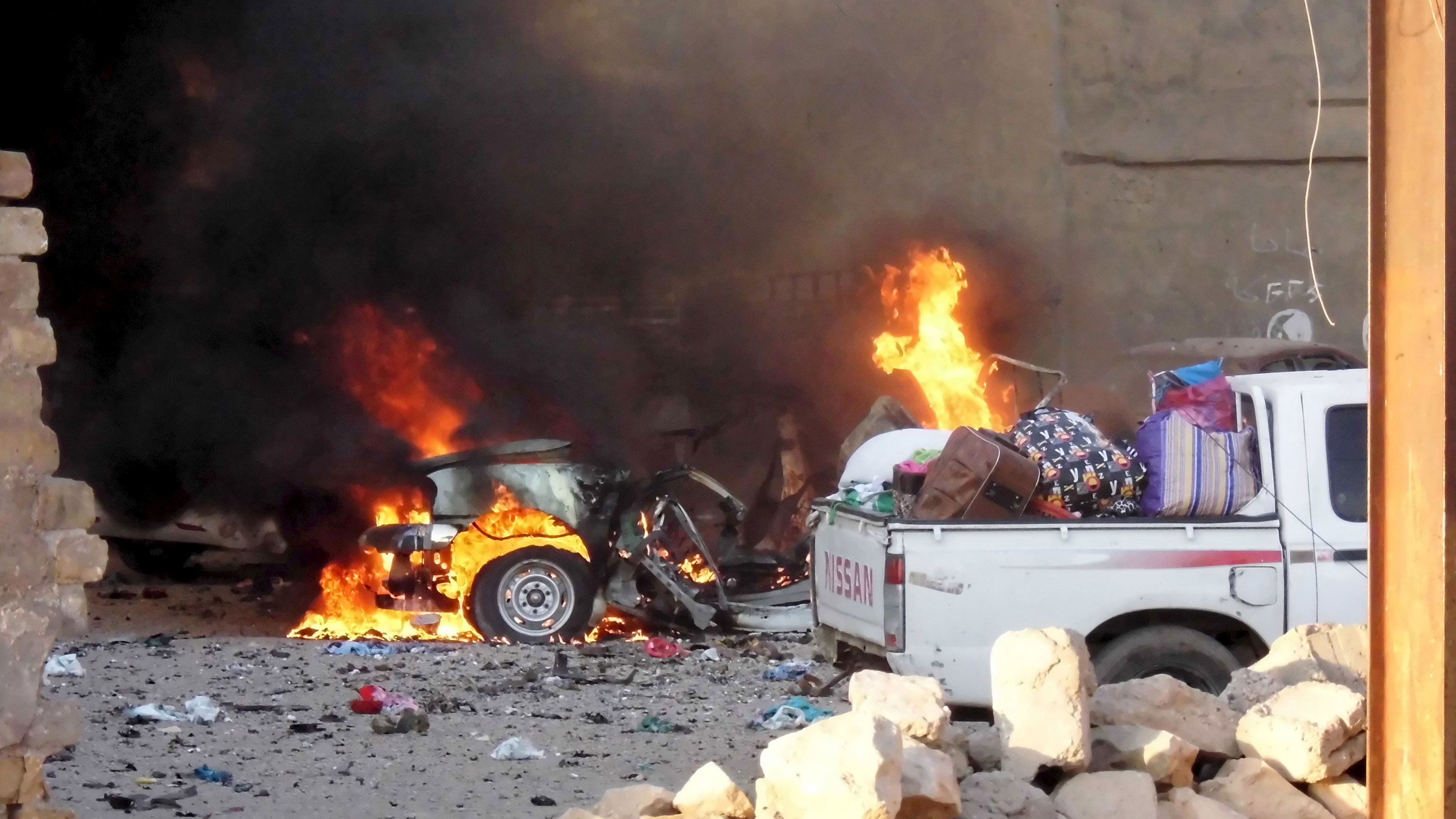 It’s not just confidence in Iraq’s national leadership that has suffered. Corrupt military, tribal and provincial leaders have turned fighting ISIS into a lucrative business, exaggerating the numbers of their men in order to embezzle the salaries the government pays out. Most of the provincial officials live outside of Ramadi. Therefore, they lack their constituency’s support and trust. One video posted online shows two tribal fighters and two policemen who were fighting ISIS in Ramadi on the eve of its fall. The men bitterly criticized Anbar provincial council members and the governor, calling them “corrupt politicians, liars...traitors...and dishonest.” They called upon them to resign from their posts.

And while Iraqi military leaders made a series of tactical mistakes that left their troops vulnerable, ISIS used proper tactics when attacking: It made sure to control the supply lines and the river banks, blowing up the bridges and awakening the sleeper cells. Over the last 18 months, it also targeted the army and the police leadership in Anbar, where more generals were killed or  injured than any other province. The result could be seen in a video posted online in which Ramadi's policemen and tribal fighters criticize their commanders. “It is a pity that there is no coordination between the units. The forces are being maneuvered by whoever is available. There was no discipline among the forces,” says one policeman in the video.

The terrain in Anbar gave ISIS another advantage, compared with fighting in a city like Tikrit further north. “Tikrit was eventually surrounded thanks to a mass manpower mobilization effort,” said Aymenn Jawad Al-Tamimi, the Shillman-Ginsburg Fellow at the Middle East Forum. “Much more difficult to accomplish anything like that in Anbar, a vast expanse of terrain where ISIS can easily reinforce positions using manpower from its untouched strongholds like Rutba and al-Qa'im as well as over the border in Syria.”

The victory in Ramadi illustrates the extent to which ISIS’s capabilities have been consistently underestimated, and the effectiveness of the U.S.-led bombing campaign has been overestimated. “It is endemic that in the West, we keep overestimating ISIS as a terrorist organization yet structurally misjudge its capacity and capabilities as a proto-state that will stay around for years to come,” says Anno Bunnik, an expert on Middle East security and PhD research fellow at Liverpool Hope University.

Now that Ramadi has fallen, and in light of those perception problems, the question becomes: What’s next? Even before its victory in Ramadi, ISIS had made significant gains in the areas to the west and north of Baghdad, reversing Iraqi gains from a hard, year-long fight on the ground and in the air. ISIS leader al-Baghdadi pledged in a recent speech to continue the offensive and capture Baghdad and the Shiite holy site in Karbala.

Related: The Next Battle with ISIS Will Be on the Dark Web​​

The security in Baghdad – where a quarter of the nation’s population lives – has worsened steadily over the last several weeks. After several months of relative peace, bombs and assassinations have become frequent occurrences again. ISIS’s gains have made it clear that a reliable ground force is needed to clear and hold contested territory. What isn’t yet clear is whether those troops will have to be American or not.

“I do think more U.S. ground troops would be needed playing an active combat role to try to turn the tide in Anbar,” said Al-Tamimi of the Middle East Forum.

Others think otherwise. The Shiite militias hold the key, says Hisham Alhashimi, an expert on ISIS at the Iraqi National Security Advisor's office. But this approach presents huge risks for Iraq's unity, given that those militias are trained and funded by Tehran. “Iran's role will increase,” Bunnik says, “and the social fabric of the Iraqi state will further disintegrate.”

Top Reads from The Fiscal Times: