10 Ways Your Workplace Will Change in 2016
Life + Money
Share 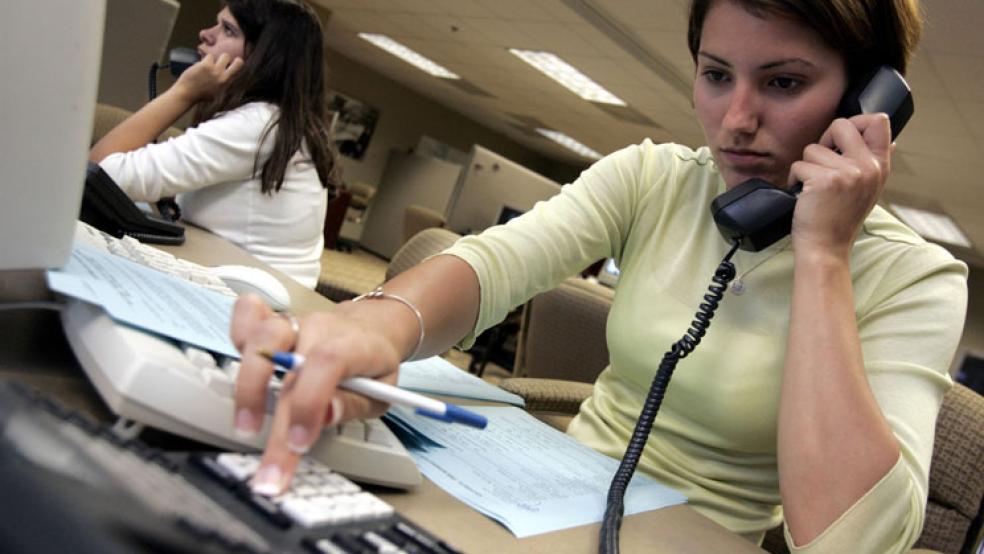 While worker pay remains stubbornly stagnant, it’s not all bad news for American employees in 2016. There are numerous workplace trends that point to positive changes for workers in the coming year.

1. Compensation conversations include more than salary. Most companies are giving their workers raises this year, with an average salary bump of 3 percent, according to Towers Watson. That’s a pretty paltry sum, especially as the job market continues to strengthen, giving employees more opportunity to explore career opportunities elsewhere.

Related: The Biggest Regret Retirees Have from Their Working Years

To keep current workers happy and attract new employees, companies are increasingly investing in other benefits and promoting their value to staff. Nearly 60 percent of workers say that benefits matter to them when they’re looking for a job. “Benefits and perks do carry a monetary value as well as an emotional value,” says Scott Dobroski, a career trends analyst at Glassdoor. “These are all part of the compensation equation now, where five or 10 years ago it was just about salary.”

2. Student loan assistance is hot. It’s still a trend in its infancy, but a growing number of employers is offering to help employees pay off their student loans. The most influential company to jump on board with the trend is powerhouse accounting firm PwC, which is giving workers up to $1,200 a year to put toward their loans. PwC is the first client of startup Gradifi, which says it has 100 other large companies interested in a similar service.

3. Recruiters are finding employees via social networks. A recent LinkedIn report found that 43 percent of hiring managers use professional social networks to find quality employers, making them the top source, just edging out online job boards. In the past year, two-thirds of companies had hired workers that they found via social media, according to the Society for Human Resource Management.

4. The gig economy continues to grow. Uber drivers and Airbnb hosts aren’t the only ones getting in on the gig economy. The top search term in 2015 at Monster.com was “part-time.” A growing number of white-collar workers are opting not to return to staff positions in the post-recession economy, working instead as contractors in roles that offer more flexibility but less security and benefits. A third of American workers free-lanced last year, with 60 percent of freelancers doing so by choice, according to a study by Upwork.

Related: Hey, New Grads, Get Ready to Work Until You’re 75

6. Focus on financial planning. Companies are realizing that it’s no longer enough to just offer 401(k) plans, they also have to teach their employees how to make the best use of their financial benefits. Increasingly, that means that companies are offering assistance around money management, including online budgeting tools, access to live planners, and incorporating financial assistance into their educational assistance programs.

A quarter of today’s workers say their biggest financial worry is keeping up with monthly expenses, a concern for more workers than saving for retirement, according to a Mercer report. “We have learned that financial stress at home creates a productivity drag in the workplace,” says Betsy Dill, a senior partner at Mercer.

7. Companies welcome back ‘boomerang’ workers. Companies are increasingly doing away with policies that ban hiring former employees. More than half of hiring managers say they give high priority to job applicants who formerly worked for the company and left in good standing, according to a recent study by Workplace Trends.

Companies like hiring former employees, which requires less training and on-ramping, since workers are already familiar with the company culture. It’s a trend that appeals to workers, too. “You can stay with a company and get a 3 percent raise every year, or you can leave and come back, and make a lot more when you renegotiate on your way back in,” says Angela Copeland, a Nashville-based career coach.

Related: Is Your Workplace Too Hot or Too Cold? Men and Women Can't Agree

8. Wellness embraces wearables. Companies will continue to expand their wellness programs in 2016 as a means of keeping employees healthy and reducing their overall healthcare costs. Now, they’re using wearable fitness trackers as a means of bolstering their programs, with more companies subsidizing the costs of the gadgets and helping employees make the best use of them.

9. ‘Hotel desks’ go mainstream. It’s been years since companies began doing away with offices and cubicles in favor of “open concept” offices layouts in which everyone toiled away in a big, open space. Now, companies are taking the concept even further, doing away with assigned desks altogether in a bid to lower real estate costs and efficiently make use of desks as more employees stay out of the office altogether. Citigroup is the latest company to have unassigned desks, following the footsteps of other big companies like American Express and GlaxoSmithKline. “Because more people are working remotely, when they do come in, they don’t necessarily have a home base,” says Vicki Salemi, a career expert with Monster.com.

10. Parental leave is getting more generous. Paid benefits for parents — both mothers and fathers — in America continues to lag the rest of the world, but as millennials become parents they’re starting to demand (and receive) paid parental leave after having or adopting a child. Paternity leave, in particular, is getting renewed attention, thanks to Facebook CEO Mark Zuckerberg’s decision to take two month’s off from his company following the birth of his daughter, an unprecedented move from an executive with such a high profile.