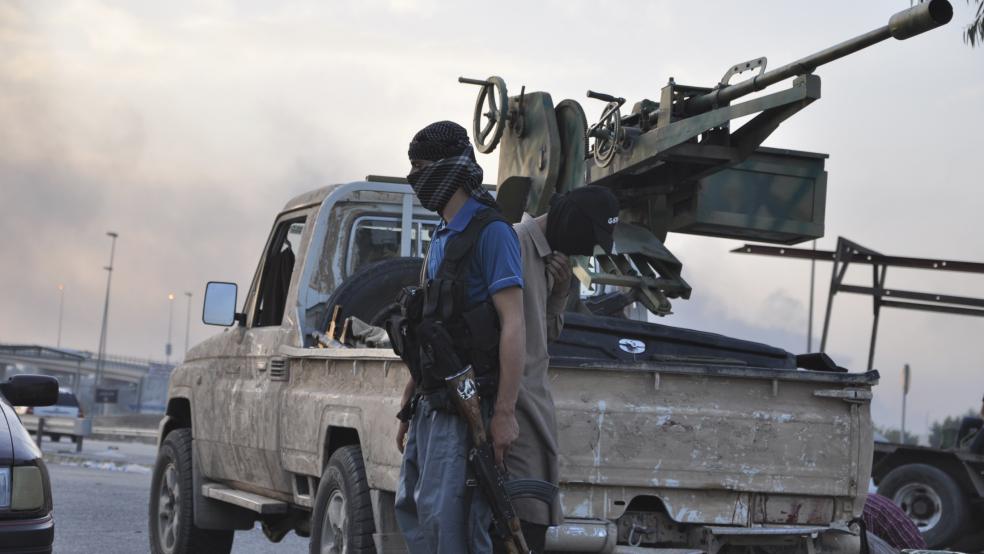 It can’t be easy being a fighter for the terror group ISIS these days, what with some of the world’ most powerful militaries raining bombs and missiles down on you on a daily basis. But until recently, one thing ISIS-allied jihadists could count on was being better paid than the wretched civilians trapped in their so-called caliphate across parts of Iraq and Syria.

However, if recent reports out of the group’s de facto capital of Raqqa are correct, ISIS fighters just got slapped with a gigantic pay cut as their leaders struggle to deal with the increasing financial pressure imposed by U.S.-led attacks.

Related: Here’s Why the ‘Successful’ Bombing Campaign Against ISIS Is Failing

Aymenn Jawad al-Tamimi, a researcher with the Middle East Forum, is compiling an archive of ISIS administrative documents and recently uncovered a missive from ISIS leadership announcing the reduction in pay. After several paragraphs citing Islamic teaching that calls for worshippers to dedicate their wealth to jihad, it concludes:

“So on account of the exceptional circumstances the Islamic State is facing, it has been decided to reduce the salaries that are paid to all mujahideen by half, and it is not allowed for anyone to be exempted from this decision, whatever his position. Let it be known that work will continue to distribute provisions twice every month as usual. And God is the guarantor of success.”

ISIS has made the majority of its money over the last few years by extorting it from the civilians in the regions it controls. However, the group also took in significant revenue from selling oil – an activity that became far more difficult in recent months as U.S. and other powers have directed air strikes at the infrastructure needed to extract and transport oil.

It also can’t have helped that last week a U.S. strike destroyed a building that was being used to house millions of dollars in cash that the group uses to pay its fighters and specialists who maintain the basic functionality of local governments.

Related: ISIS Is Working on a Surface-to-Air Missile: Report

According to a Congressional Research Service report from April of last year, ISIS paid its fighters far more than the typical Syrian or Iraqi civilian earns. In addition to keeping its fighters motivated, the high pay was also reportedly a means of attracting more jihadists.

“The Islamic State is estimated to pay approximately $400-$600 monthly to each fighter, with married fighters receiving an extra stipend per wife and child,” the CRS report found. “Some Nusrah Front fighters reportedly claimed in 2013 that their siblings and cousins fought for the Islamic State because the pay was better.”

As news of 50 percent pay cuts starts to make its way out of ISIS-controlled territory, it seems likely that the group’s ongoing recruitment efforts will suffer.