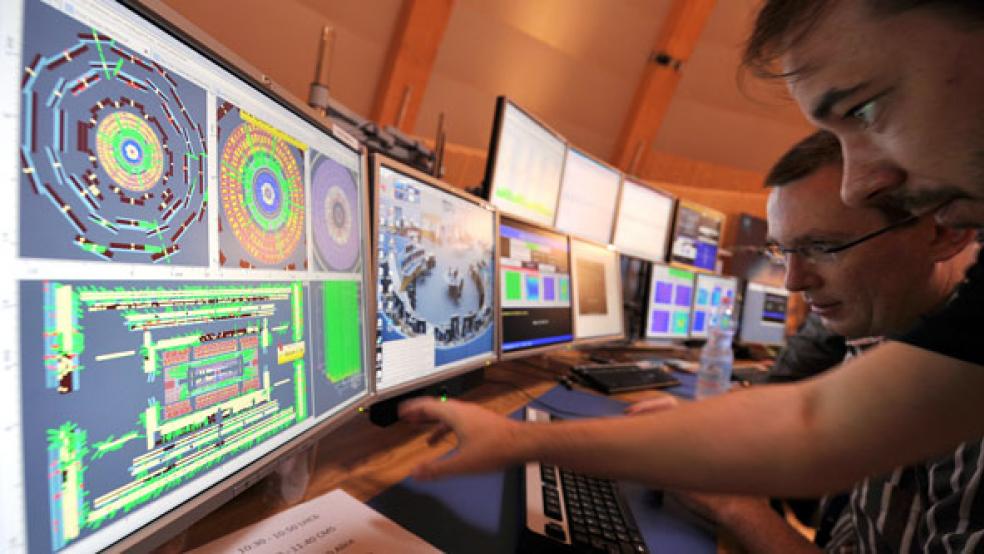 After attending last year’s Economics Nobel Laureates Meeting in Lindau, Germany, I was very critical of what I heard from the laureates at the meeting.  The conference is intended to bring graduate students together with the Nobel Prize winners to learn about fruitful areas for future research. Yet, with all the challenges the Great Recession posed for macroeconomic models, very little of the conference was devoted to anything related to the Great Recession. And when it did come up, the comments were “all over the map.” And some, such as Ed Prescott, were particularly appalling as they made very obvious political statements in the guise of economic analysis. I felt bad for the students who had come to the conference hoping to gain insight about where macroeconomics was headed in the future.

I am back at the meetings this year, but the topic is physics, not economics, and it’s pretty clear that most physicists think they have nothing to learn from lowly economists. That’s true even when they are working on problems in economics and finance.

But they do have something to learn. Macroeconomic models are far from perfect, but there are still important lessons within them. One important lesson comes from Robert Lucas, a Nobel laureate in economics, and it relates directly to the influx of physicists into the financial sector.

For the most part, the empirical tools used by physicists working in finance are theoretical data grubbing techniques that search for exploitable correlations in historical data. For example, if there is an asset price that is correlated with an observable variable, hopefully with a lag, then price movements can be predicted – the higher the correlation the better the prediction – and used to make profit or hedge against risk. But as the Lucas critique points out, relying on these correlations can be dangerous since they can change when people try to exploit them.

Physicists are used to thinking about inanimate objects that do not react to policies or experiments that might affect them. To take a simple but illustrative example, suppose you tell your TV that you are about to throw a brick through the screen. Even after being warned, the TV will just sit there and be destroyed as the brick is hurled its way. But if you tell humans you are about to throw a brick at them, and the threat has some credibility, they will take action to avoid harm. People, unlike the objects physicists are used to working with, won’t just stand there and let the brick hit them in the head. This introduces additional complexity that is not present in the models that physicists rely upon – modeling humans is much harder than modeling brainless physical processes.

Old fashion economic models were much like the models that physicists use. That is, expectations were modeled in a way that did not allow people to move out of the way of the brick even if they knew it was coming. They were just like the TV. For example, policies that stimulated the economy by lowering real wages could not be offset and undermined by workers demanding wage increases. Because of this, policy was maximally effective.

In modern macroeconomic models expectations are modeled in a more reasonable way, and agents are able to take action to avoid the harmful byproducts of macroeconomic policy. In present day Classical models, agents are sufficiently nimble to avoid harm as they dance effortlessly out of the way when the brick is tossed. In these models, policy doesn’t matter at all. In New Keynesian models agents fully anticipate policies, but frictions prevent them from fully avoiding harm. It’s similar to one of those bad dreams where you know the monster is coming, but your feet just won’t move fast enough to get out of the way. In New Keynesian models, sluggishness allows the brick to deliver a glancing, but not fatal blow – that is, policy is effective, but not as effective as when agents do not move at all.

The point is that when analysts from physics or anywhere else attempt to exploit correlations in the data, someone will be harmed – the profits come from somewhere – and people will take action to insulate themselves from those losses. The actions they take will differ from the historical correlations, and in order to understand and predict what will actually happen a theoretical model of some sort is needed. At the very least, physicists need to understand that people are different from the inanimate objects they are used to modeling, and failing to account for how agents will respond to an attempt to exploit historical correlations can lead to large – sometimes very large – analytical errors.

I am not arguing that the influx of physicists into finance caused the crisis. But the failure to understand and appreciate what economic theory has to offer, even with all its flaws, exacerbated losses and amplified the downturn. Physicists shouldn’t forget that economists, even with their imperfect theories, can help them avoid these big and costly mistakes.